OVER THE LAST SEVERAL MONTHS MY WIFE AND I HAVE MADE SEVERAL CHANGES IN THE SERVICES WE USE.  One I would recommend would be the change we made to Republic Wireless for my cell phone service.

WE WERE PAYING QUITE A BIT FOR VERIZON.  We were happy with the service.  Calls were virtually never dropped and, well, we had no other reason to be dissatisfied. However, we thought we were paying more than we should, and why give away money if you don’t need to?

I HAD HEARD ABOUT REPUBLIC WIRELESS FROM THE BLOGS I FOLLOW.  The reviews were generally quite favorable.  There were some complainers about service or customer support, but by and large the customers (at least those that took the time to comment) appeared happy with their service.

THE DEAL WITH RW IS THAT YOUR CALLS ARE MADE USING AN AVAILABLE WIFI SERVICE. You don’t use traditional cellular coverage.  Apparently, this costs quite a bit less.  Their costs, at least when we compared, were about 60% to 80% less.  If you don’t have access to wifi for calls, you switch to Sprint’s cell network.

NEITHER MY WIFE OR I TALK ON THE PHONE MUCH.  I only talk to some Family members and clients.  I can make outgoing calls for free using Google talk.  I just need a phone for incoming calls and outgoing calls when I am not at my computer.

WE DECIDED THAT I WOULD CHANGE FIRST.  We would try it out and see how it works.  So far it is great!  My bill is a lot less.  I only pay $12 a month.  My only sacrifice is not receiving emails when I am out travelling and live navigation when I drive.  I have had a couple of dropped calls, but other than that it has been great.

WE ARE NOT SURE IF OR WHEN MY WIFE WILL CHANGE.  One of the biggest sacrifices we would give up is live navigation when we drive together or when she drives.  I miss it a bit when I drive to client meetings, but it is not a big loss.

SHOULD YOU CHANGE?  I don’t know if RW will work for you.  But if you like keeping your own money and have normal usage of your cell phone, I would definitely look into it.  I think RW is a nice alternative to conventional cellular firms and a great way for many people to have a phone at a much reduced cost.  BTW, the conversion was easy and I have been pleased with my minimal interaction with their customer service department.

(Note:  I don’t get paid for this by Republic Wireless.  We just thought you might find this helpful.)

DO YOU USE RW?  How does it work for you?  Have you compared their service to what you have? 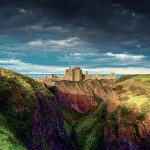