Can a 77 Year Old Have Dreams?

IS THIS AN INTERESTING OR PROVOCATIVE QUESTION? When do people concede their hopes for the future? How does it happen?  Certainly how a retiree, or an aging person, views their future will have a big impact on their quality of life.

KEN DYCHWALD, FOUNDER OF AgeWave, IS A THINKER ON AGING IN AMERICA THAT I HAVE BEEN FOLLOWING FOR SOME TIME.   I enjoy his work immensely.  It has helped shape how I think of both my life and career.

IN ONE OF THIS TALKS, HE RELATES THE STORY OF JOHN GLENN’S  EFFORT IN 1998 TO GO BACK INTO SPACE AT AGE 77.  At the time, this was met with some controversy.  There were those who thought it was a publicity stunt.  Dychtwald explains how, at a press gathering, Glenn was asked about this by a younger reporter. Glenn’s response was: “Just because I am 77 doesn’t mean I don’t have dreams!”

DYCHTWALD RELATES THIS STORY IN A VERY EMOTIONAL AND MEANINGFUL WAY.  I recall how he paused after sharing Glenn’s reaction to let the impact of his statement sink in.  It had a profound affect on the audience as it did me.

AS YOU GO THROUGH YOUR DAY, DON’T YOU FIND YOURSELF THINKING OF THE FUTURE? Maybe the next 6 months or year.  Or maybe the next three, five, or ten years.   Sure, you may not want to travel in space, but you probably imagine yourself in a better place.  Your curious about what you will be doing and how you will relate to the important people in your life.  You wonder what might have happened and how things will have worked out.  What will you have accomplished?  What will you be like?

WHEN DOES THIS END?  At what point do people spend more of their time reflecting on their past instead of looking towards their future?

THIS STORY REMINDS ME OF A SAD MOMENT OVER THE THANKSGIVING HOLIDAY YEARS AGO.  I was visiting my dad’s Family in central Illinois.  My grandmother, in early 90′s at that point,  had given up on her future.  As we were talking, she said “I hate my life.”  She had lost her husband of over 60 years and her health was failing.   Her spirit and energy were gone – there was nothing to look forward to.  She was at the point where all hope was gone.

AS YOU THINK OF YOUR FUTURE, AND THE FUTURE OF THE OLDER PEOPLE IN YOUR LIFE, remember that having hopes, goals, and/or dreams is a great way to get as much out of life as you can.

WHAT DO YOU WANT TO ACCOMPLISH?  WHAT IS IN YOUR FUTURE? 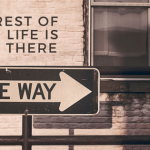 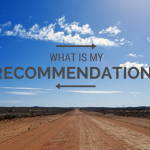