USED CAR SALES PEOPLE GET A BAD RAP. They’re an easy target. They are the ubiquitous reference for any shady, aggressive or over the top sales tactics.

HOWEVER, THEY HAVE NOTHING ON THE WEEKEND RADIO FINANCIAL ADVISOR. These buffoons take dishonesty to a whole new level. It’s hard to hear more BS in a shorter period of time. When you purchase a used car, at least there is an understanding of what’s going on. You know the rules of engagement and can come prepared. You may not like the tactics, but they are far more honest!

THE RADIO ADVISOR PLAYS A FAR MORE CYNICAL GAME. They talk as if they are on your side. They identify with your problems. They reinforce your suspicions and concerns and act like only they can help.

HOWEVER, MOST NEVER MANAGE TO SAY ANYTHING OF SUBSTANCE. They make general references to the investing problems that might be lurking in your portfolio. The mistakes you could be making. How you are not protecting what you have and, in a matter of days, if you don’t take the right steps, your entire investment portfolio could be obliterated.

A CRITICAL PART OF THEIR SHOW IS THE ONGOING TEASE ABOUT THEIR SOLUTION.  They go on and on using industry terminology and jargon that sounds intriguing and exclusive.  They imply that they have access to ideas and information and products that could solve your investment concerns.

A POPULAR ONE WHERE I LIVE IS A DAY TRADING PROGRAM. It’s been advertised for years. These guys are slick!! They promote how you can come in and learn to “trade like the pros.” The premise is that you, the common man, can learn to supplement your income by trading options. You can make money regardless of the direction of the markets. People don’t understand how difficult this is. Yet they describe this as a program where you can just educate yourself through their course work and start trading.

WHY ARE THEY DOING THIS IF THEY HAVE A SYSTEM!  Seriously!  If they have figured out a system themselves, why don’t they just borrow, say, a billion dollars and turn it into two billion.  Or go out and raise money from a bunch of rich, greedy people and share in the profits. If their system worked that well, they could easily do this on their own.  They aren’t doing this, though, because it is a bunch of BS!

ON ANOTHER OCCASION, I HEARD AN ADVISOR ON A WEEKLY SHOW PROCLAIM HE OFFERS GUIDANCE OUT OF HIS CONCERN FOR OTHERS. Yes, he really said that. Do you think he is so concerned that he has backed his compensation and commissions out of the stupid products and investment programs his clients purchase?  Neither do I!

I DON’T HAVE TO LISTEN TO THESE JERKS, BUT SOMEHOW CAN’T AVOID IT. I listen for a while, then turn to something else. But I can’t keep away. I have to turn back. What other inanity might they say? What preposterous claim could they make? I know they don’t believe their own nonsense but they will say anything that works.

AND SADLY IT MUST WORK. I assume they are getting enough poor people to come to their free workshops or dinner seminars that they keep doing it. Or people must call up and ask for their white paper – otherwise known as a sales brochure – or schedule a free review of their investments.  I had a friend tell me he had called in to one of these shows and won a “free” review of his portfolio. He ended up investing with the advisor.  Of course he did.  What else is the review going to show other than that his portfolio is flawed and can only be “fixed” if he works with the adviser.

I DON’T WONDER HOW THEY SLEEP AT NIGHT. I’m sure they sleep fine. And likely in much better surroundings than most car salespeople 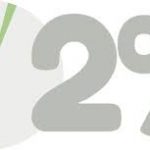 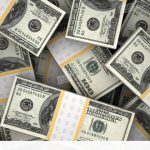