Craigslist vs Autotrader vs Car Soup

RECENTLY WE PURCHASED A NEW CAR.  Actually, a new used car.  We needed to replace our 2007 Honda CRV.  So after a little shopping we ended up with a 2013 Toyota Venza.

IN THE PAST, I HAVE ALWAYS TRADED IN MY OLD CARS WHEN I HAVE PURCHASED NEW USED ONES.  It was the easiest thing to do and they all had so many miles I didn’t want to fix them up and try to sell them on my own.  It seemed like a big hassle when I didn’t know what I would get anyway.

HOWEVER, BEFORE WE MET, MY WIFE HAD SUCCESS SELLING HER CARS PRIVATELY.  As such, we agreed we would sell our CRV on our own instead of trading it in.   As we started the process, I was shocked at how much she said we might get for the CRV.   Even though it is in good shape (and it looked great after a $250 detailing) and is very dependable, I was thinking we might get $3,000.  When she told me we could expect more like $7,000 or $8,000 I couldn’t believe it.  Who pays that kind of money for a 9 year old car with 140,000 miles on it?

TURNS OUT MANY PEOPLE DO!  I had forgotten how well these vehicles retain their value.  A quick search of similar Hondas had them priced between $7,000 and $10,000 depending upon miles and condition.

TO GET STARTED, MY WIFE LISTED OUR CAR ON CARSOUP.COM.  It costs $29.  Since my wife did it, I don’t know how long the term was and if we could have upgraded the listing.  We received 2 inquiries and one test drive in a little over two weeks.  As this dragged on, I was getting anxious to get rid of the car.  I wanted my space in the garage back and this ongoing semi-hassle behind us.  It’s not nearly as bad as showing your house, but it’s still inconvenient.

NOT SURE WHAT TO EXPECT, I DECIDED TO LIST THE CAR ON CRAIGSLIST AND AUTOTRADER.  Craigslist is free and Autotrader costs $75.  With Autotrader, you can also upgrade your purchase by another $75 or so and receive premium listing benefits.  Whatever!  I decided to go with the $75 listing.

I COMPLETED THE LISTINGS FOR CRAIGSLIST AND AUTOTRADER ON A MONDAY EVENING.  To complete the listing, it took about 20 minutes or so for Craigslist and maybe 30 minutes for Autotrader.

WITHIN THE FIRST TWELVE HOURS, I HAD RECEIVED SIX INQUIRIES FROM CRAIGSLIST! I received one so quickly after posting that I just assumed it was a test response and ignored it.

WE SOLD OUR CAR TO ONE OF THE FIRST RESPONDERS FROM CRAIGSLIST.  He came and drove it on Tuesday at 12:00 and put $500 cash down.  (BTW, he was a very, very nice man – we really enjoyed meeting him).  We continued to get more inquiries that afternoon.

ON WEDNESDAY, MY WIFE WENT WITH HIM TO THE DMV OFFICE TO COMPLETE THE TRANSFER OF TITLE.  He paid cash – 800 $100 bills.  That was it.  We sold it in less than 24 hours on Craigslist, received essentially what we were asking for, turned away several inquiries, and met a really cool guy – all for free.

WHAT WOULD WE RECOMMEND?  I am sure Carsoup and Autotrader and other automobile listing services work fine.  But in our case, Craigslist was fantastic.  Maybe I’m wrong, but I think many consumers feel confident purchasing reliable, moderately priced merchandise from other consumers on Craigslist.  I suppose higher end, more expensive cars work better on the automobile listing services?  A little research on the topic might reveal more, but I don’t care enough to do it.

HAVE YOU SOLD YOUR CAR ON CRAIGSLIST OR ANY OTHER SERVICE?  How did it go?  How long did it take? 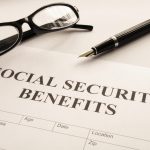