Pre-Tax or Roth Contributions to Your Company’s Retirement Plan?

MOST COMPANY RETIREMENT PLANS GIVE YOU THE OPTION TO SAVE MONEY PRE-TAX OR AFTER-TAX.  Many people I talk to aren’t sure which one they should select. So what should you do?  Which one is the right choice?  How will you end up with more money in retirement?

With pre-tax, your contributions are taken out of gross pay and you’re taxed on what’s left.  This is what we mean by “pre-tax”.  The money is excluded from your taxes and goes into your retirement account and, hopefully, earns interest until you need the money.  When you withdraw the funds in retirement, you’re taxed.  You avoid taxes now to pay taxes later.  Got it?

In this option, the money contributed to your retirement account now is still part of your taxable income.  You pay taxes on it before it goes into your account.   When you take it out later, since you’ve already paid taxes on it, you withdraw it tax-free.

BIG DIFFERENCE BETWEEN THE TWO

As far as which is better?  Well it depends!  Sorry – I hate it when I get this answer.  But it does.  All things being equal, for middle class people, they are better off saving money pre-tax.  Most people, and I mean virtually everyone, will probably make less money in retirement.  As such, most people, including you, will probably be in a lower tax bracket.

PRE-TAX IS NOT BETTER WHEN…

If you make after-tax contributions, a benefit could be that if you need to access the funds prior to retirement you could take out your contributions without taxes or a penalty.  So you leave your job, transfer your Roth 401k to a Roth IRA, wait five years, you could withdraw your contributions without taxes or penalty.  While it is never a great idea to do this (because it depletes your retirement funds), most middle class people face challenges and difficulties at some point and might need cash.

Another important reason to after-tax your contributions is that many of us don’t do things as we should.  The whole idea that you should pre-tax is based upon the premise that you will make a logical decision determined exactly by how much you can reduce your net pay.  The benefit of pre-tax is that you can save more.  If you think you can “afford” to save $100 out of your paycheck, then you might be able to save around $125 because it is pre-tax.  And when you save more with pre-tax than you would have with after-tax, you will end up with more in your account in retirement.

This is the big problem.  Most people don’t actually save more!  Whether or not they select pre-tax or after-tax, they save the same amount.  Why?  Because this is just what people do.  Most people determine a specific percentage amount they can save to their plan.  They sign up for 2% or 4% or 10% or whatever %.  (Works the same way if they save a flat dollar amount.)  And when they decide on the amount to save, rarely do they say to themselves “since I am saving money pre-tax I will put in a greater amount.”  Whether or not they save pre-tax or after-tax, most people end up saving the same amount.

ROTH IS BETTER FOR MANY

How we decide to save money is the reason why the roth is better for many of us.  If you simply pick an amount to save and then determine whether or not you want pre-tax or after-tax, and then don’t save any more when you do pre-tax, you will come out behind and will end up with less money in retirement.

Also, the after-tax roth forces you to live on less income – now!  For many of us, this is another potential benefit of the Roth.  You learn how to live and budget off of less money.

MAKE SENSE??  Have you thought about it this way?  If this is not clear and you want it personally explained to you, let me know. 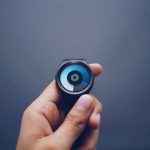